Be dazzled by natural landscapes of extreme beauty, castles that tell the history of Portugal, cozy and picturesque villages, fish, sweets, cheeses and wines of unique taste, beaches with crystal clear water and fine white sand, all in a tour that will give you to know a multifaceted Portugal.

Located by the sea, the park offers one of the most breathtaking landscapes on the coast near Lisbon. The highest point is in Serra do Risco, a magnificent cliff 380 m high. Orientation or bicycle tours are a good suggestion to get to know this exemplary place, of pure Mediterranean vegetation in the country. 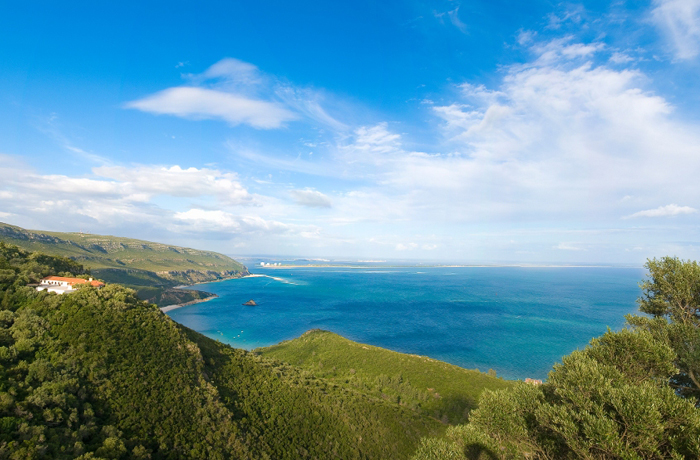 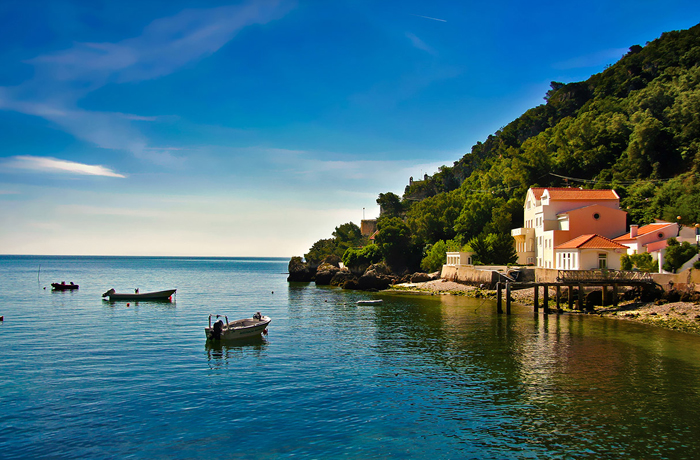 We can choose the most appropriate level of difficulty and even make night trips.

Like a green wall peaking over the Atlantic, the mountain is home to small coves of white sand and, despite being at the door of the ocean, the sea here has almost no waves.

Portinho da Arrábida is one of the most beautiful beaches and a good place for diving, with unique fauna and flora, to be discovered in the clear waters of Pedra da Anixa, an islet in front of the sand.

Some of the Places you will meet on this tour

Serra da Arrábida - The Arrábida Natural Park extends over an area of 10,800 hectares, covering areas in the municipalities of Setúbal, Palmela and Sesimbra.

Azeitão - Azeitão, so it is called, because in this area there were extensive olive groves since the days when the Moors were here. With its traditional sweet, the olive pie and its typical cheese named after Azeitão cheese.

Sesimbra - Picturesque fishing village located next to a sheltered bay, Sesimbra was founded on top of the hill, around the castle of the Moors that the 1st king of Portugal, D. Afonso Henriques conquered in 1165.

Cabo Espichel - captivates visitors for its breathtaking cliffs and views of the sea.

Cristo Rei - Built by Cardinal Cerejeira, inspired by the Christ of Corcovado in Rio de Janeiro, as a thank you for the fact that Portugal did not enter World War II.

We are using cookies to provide the best experience on our website. You can find out more about the cookies used or disable them in settings.

This site uses cookies so that we can offer the best possible user experience. Information about cookies is stored in your browser and plays a role in recognizing you when you return to our site and helping us understand which sections of the site you find most interesting and useful.